Prior to CloudBees, Anuj was President, Corporate Development and Strategy at SAP and was responsible for the company’s growth strategy and execution across the entire product and customer life cycle. Anuj was previously the Chief Strategy Officer at Cisco from 2018 to 2020. In this role, he led a team that worked closely with Cisco’s CEO and other top executives on product and go-to-market strategy and startup investments. He also led Cisco's partnerships with AWS, Google, and Apple. Previously at Cisco, Anuj held various executive roles, including within product management in Cisco’s security Group. Anuj also serves as an advisor to the CEOs of several technology startups in the U.S. and Israel.

Anuj is a coffee and Seinfeld connoisseur and looks to create synergies between those interests and his professional life. He has a bachelor’s of science degree in electrical engineering from the University of Waterloo and a master’s degree in business administration from The Wharton School. Anuj was raised in India, Kenya, and Canada, and now lives in the San Francisco Bay Area. 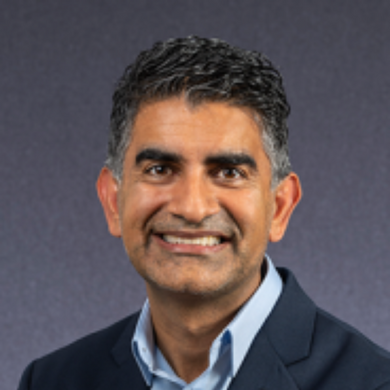