Full Name
Arnt Arnt Arntzen
Job Title
Live Performer
Company
https://arntmusic.com/
Speaker Bio
Arnt Arntzen has been involved with music from a young age, mostly learning from his immediate and extended family. He has a degree in music, majoring in Jazz and Contemporary Guitar, from Vancouver Community College, where he was the recipient of many awards and scholarships throughout his four years there. His first foray into playing live jazz was around 2012 with the Hot Foot Five, formed with a bunch of like-minded school friends.
Arnt started on Guitar, but is now also known as a Plectrum Banjo player and singer, specializing in Traditional Jazz. He has participated in the Three Generations of Jazz band with his Grandfather Lloyd, parents Georgina and Tom, brother Evan, and many other family members. He has also co-led a band with his brother Evan Arntzen, calling themselves the Brothers Arntzen. Since moving to New York City in 2017, he has begun playing regularly with Vince Giordano and the Nighthawks, as well as the Louis Armstrong Eternity Band at Birdland.
Arnt has also worked with the Jen Hodge All-Stars, Diane Lines, Baby Soda Jazz Band, Gordon Webster Swing Band, Avalon Jazz Band, Cait and the Critters, Milkman and Sons, Reggie’s Red Hot Feetwarmers, and many others in and around New York City and Vancouver.
These days, Arnt is mostly a sideman, but will occasionally lead small trios exploring obscure parts of the American lexicon of Jazz from the early half of the 20th century, where a banjo can feel at home playing with cornet and trombone.
Speaking At
Music time with Arnt Arntzen 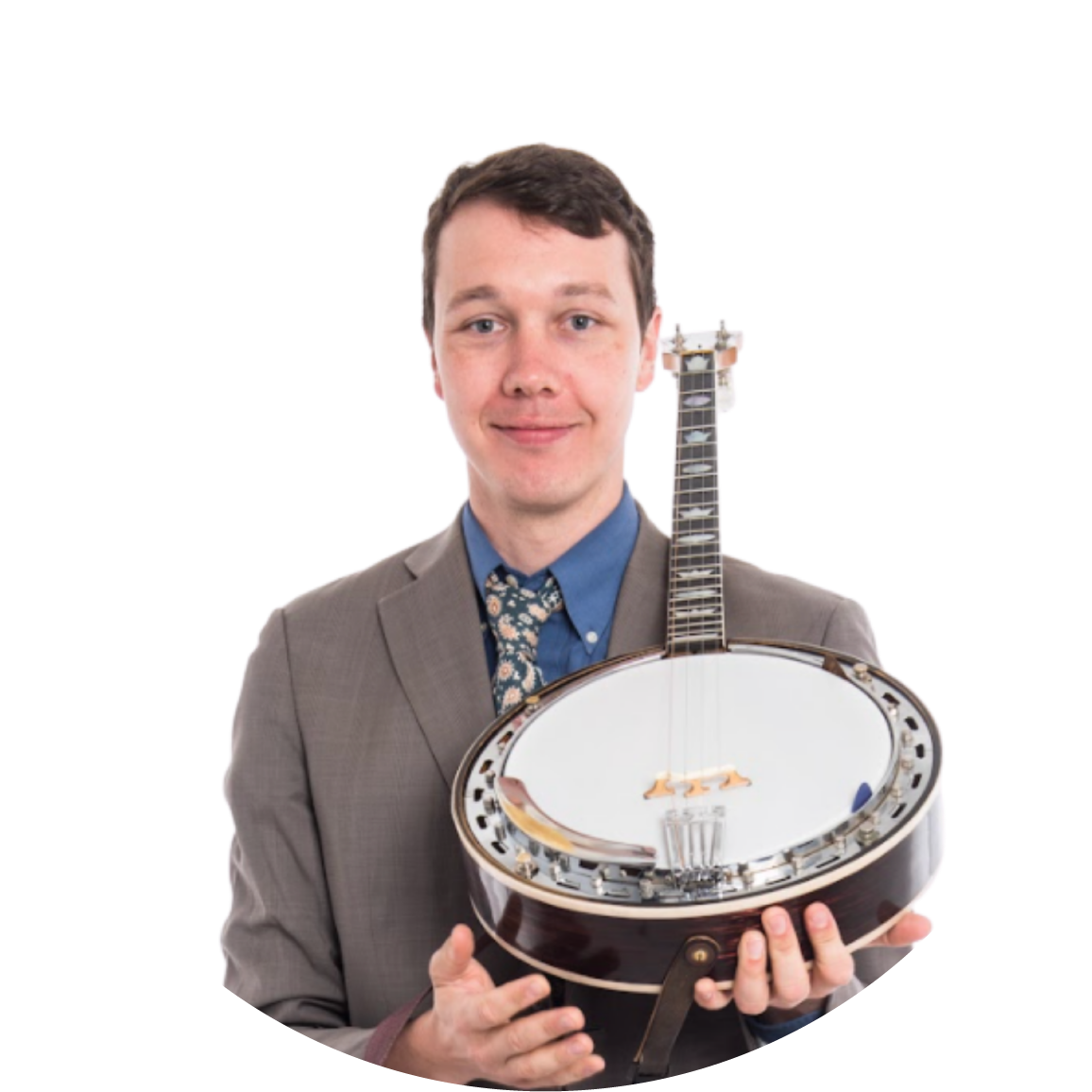