Our expert speakers explore the rapidly evolving application and API landscape and offer concrete ways organizations can protect against threats to their application code, APIs and related components. 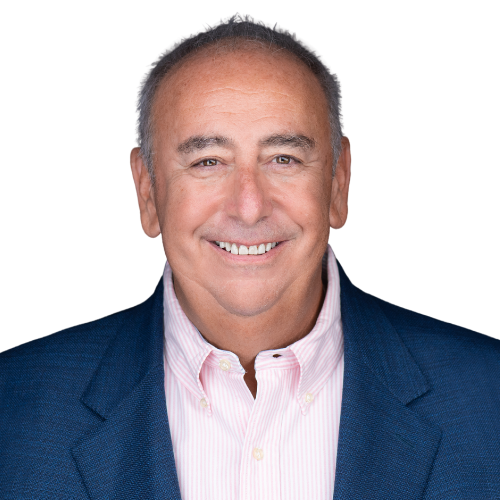 Alan Shimel
CEO & President
Techstrong Group
As founder, CEO and editor-in-chief of Techstrong Group, Alan manages a broad array of businesses and brands including Techstrong Media, Techstrong Live, Techstrong Research, Techstrong Associations and Techstrong Learning. To do so and succeed, Alan has to be attuned to the world of technology, particularly DevOps, cybersecurity, cloud-native and digital transformation.

With almost 30 years of entrepreneurial experience, Alan has been instrumental in the success of several organizations.

Shimel is an often-cited personality in the security and technology community and is a sought-after speaker at conferences and events. In addition to his writing, his DevOps Chat podcast, TechStrong TV and Digital Anarchist audio and video appearances are widely followed.

Alan attributes his success to the combination of a strong business background and a deep knowledge of technology. His legal background, long experience in the field and New York street smarts combine to form a unique personality. 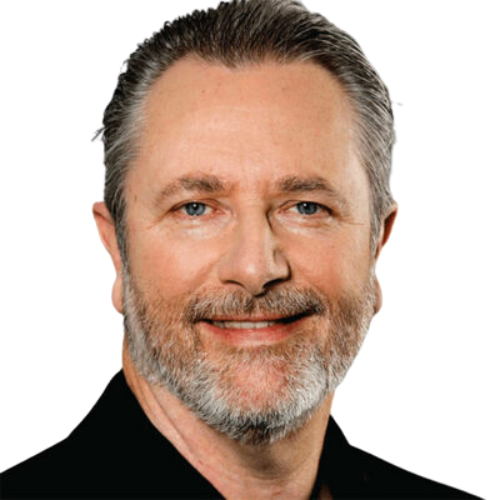 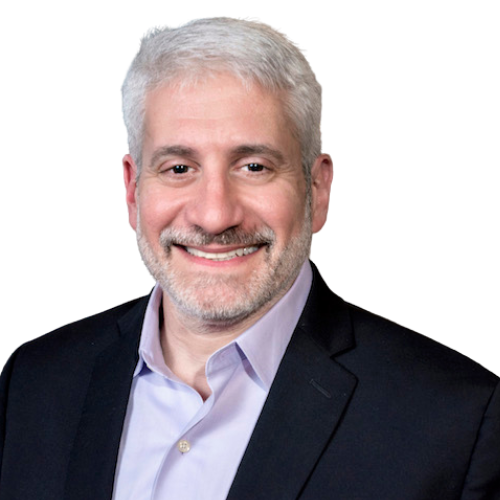 Mike Rothman
General Manager
Techstrong Research
Mike Rothman is the GM of Techstrong Research, bringing 30+ years of experience as a research analyst and security leader. He is recognized as a voice of reason for business leaders in an often over-hyped and extremely complex security industry. For the past 10 years, his research has focused on cloud security and, most recently, DevSecOps and securing cloud-native environments. Rothman helps organizations navigate this disruptive migration without compromising information and infrastructure protection. Mike also serves as chief strategy officer for Techstrong Group and frequently appears at industry conferences and on the various Techstrong TV streaming video programs.
Larry Maccherone
Dev(Sec)Ops Transformation
Contrast Security
Larry's work has empowered 600 development teams to take ownership of the security of their software. He embodies a rare combination of deep cybersecurity background with current software development experience. He was a founding director at Carnegie Mellon's CyLab and co-led the launch of Build-Security-In initiative and is also the author of about a dozen open source projects, one of which gets a million downloads per month and all of which use the approach he advocates for. 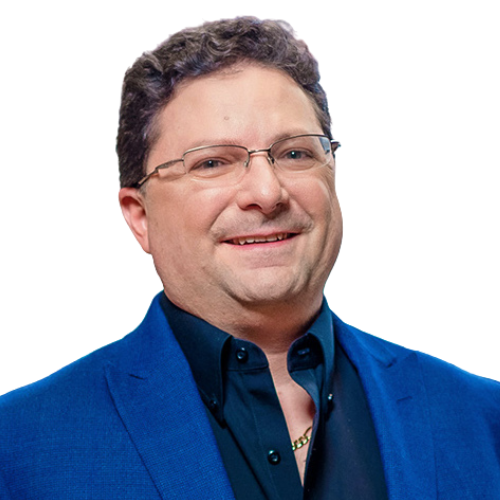 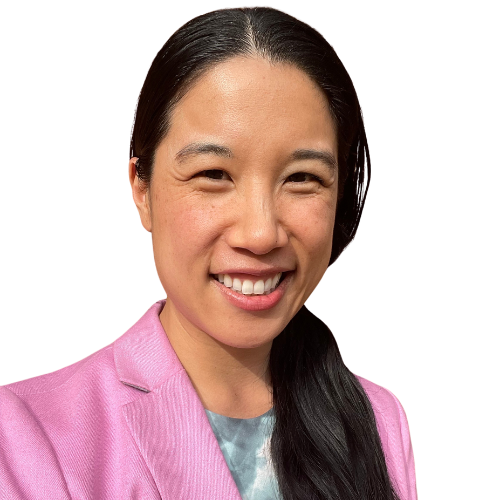 Caroline Wong
Chief Strategy Officer
Cobalt.io
Caroline Wong is the chief strategy officer at Cobalt. As CSO, Caroline leads the security, strategy and people teams at Cobalt. She brings a proven background in communications, cybersecurity and experience delivering global programs to the role. Caroline’s close and practical information security knowledge stems from her broad experience as a Cigital consultant, a Symantec product manager and day-to-day leadership roles at eBay and Zynga. Caroline also hosts the Humans of InfoSec podcast, teaches cybersecurity courses on LinkedIn Learning and has authored the popular textbook Security Metrics, A Beginner's Guide. Caroline holds a bachelor’s degree in electrical engineering and computer sciences from UC Berkeley and a certificate in finance and accounting from Stanford University Graduate School of Business.
Andy Ellis
Advisory CISO, Orca Security
Operating Partner, YL Ventures
Andy is the Advisory CISO at Orca Security. He is the Operating Partner at cybersecurity venture capital firm, YL Ventures, and is an advisor to several cyber security startups, including Vulcan, Uptycs, Grip, Perygee, Vendict, Valence, Piiano, and Eureka. He is the founder and CEO of Duha, a leadership development company that focuses on bringing training to people earlier in their careers, and is writing a book on leadership. Andy writes the Straight Up Security column for CSO Online.

Andy Ellis is a seasoned technology and business executive with deep expertise in security, managing risk, and leading an inclusive culture. A graduate of MIT and former US Air Force officer, Andy designed, built, and brought to market many of Akamai’s security products. His leadership helped propel the Fortune 1000 company from its start as a content delivery network into an industry powerhouse with a billion-dollar dedicated cybersecurity business. In his twenty-year tenure, Andy led Akamai’s information security organization from a single individual to a 90+ person team, over 40% of whom were women. In running Akamai’s security program, Andy designed systems, governed risk management, implemented policy, and supported go-to-market functions. Widely respected across the cybersecurity industry for his pragmatic approach to aligning security and business needs, Andy regularly speaks and writes on cybersecurity, leadership, diversity & inclusion, and decision-making.

Long active in internet policy and governance circles, Andy supported Akamai CEOs in roles on the NIAC and NSTAC, as well as directly served on the FCC’s Communications Security, Reliability, and Interoperability Council. A recognized thought leader on security issues, Andy has spoken at conferences like RSA and Business of Software, and lectured at the Harvard Kennedy School, Harvard Business School, Army War College, BC Law, and the MIT Sloan School.

Andy has received a wide variety of accolades, including the CSO Compass Award, Air Force Commendation Medal, Spirit of Disneyland Award, Wine Spectator Award of Excellence (for The Arlington Inn), and was the winner of the Sherman Oaks Galleria Spelling Bee. He was inducted into the CSO Hall of Fame in 2021.

He currently serves on Harvard University’s Visiting Committee to IT. After receiving a degree in computer science from MIT, Andy served as an officer in the United States Air Force with the 609th Information Warfare Squadron and the Electronic Systems Center. 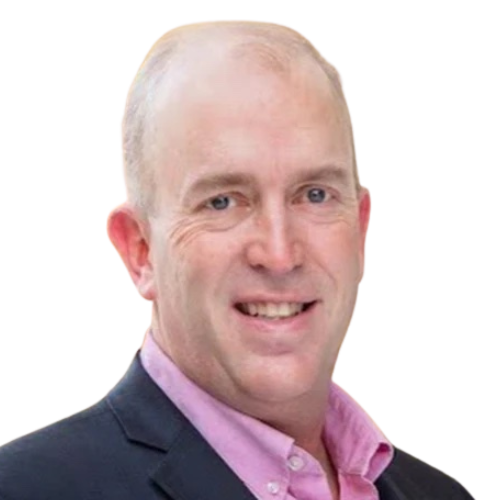 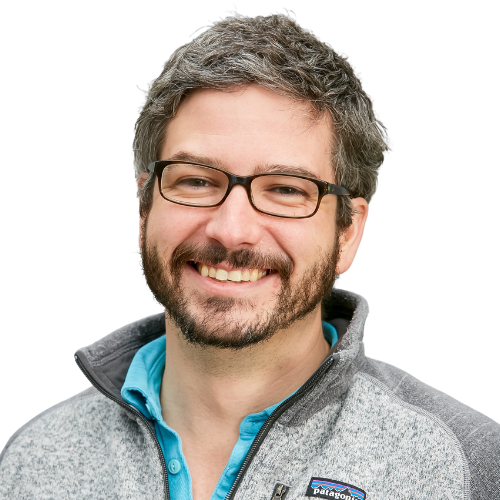 As vice president and head of MarketPlace and Apps Design for DISH Wireless, Brian is responsible for building customer-facing network functionality and cultivating a development ecosystem on top of the first hyper-distributed cloud and 5G network. He also leads data strategy, architecture and application of AI/ML to increase value for customers and drive intelligent closed-loop automation throughout the network.

Brian is a founder and angel investor in several tech start-ups in software, distributed systems, cloud, and private networking. He has a background in satellite technology, data businesses, software development, RF signal processing and environmental engineering. He has been granted five patents in advanced technologies and is a recognized pioneer in radio spectrum sensing.

Recently, he founded and served as CEO of Aurora Insight, a Silicon Valley-backed start-up which systematically measures the radio spectrum - the lifeblood of the wireless industry - using distributed sensors, spacecraft and virtualized signal processing. Prior to that, he led innovation projects at the satellite telecommunications company SES, in Luxembourg and the US, where he was one of the youngest recipients of the Promise Award from SSPI.

In his spare time with his partner Rachel and dog Cleo, he enjoys sailing, cooking, and traveling: the best ideas come from new experiences and places we’ve never been. 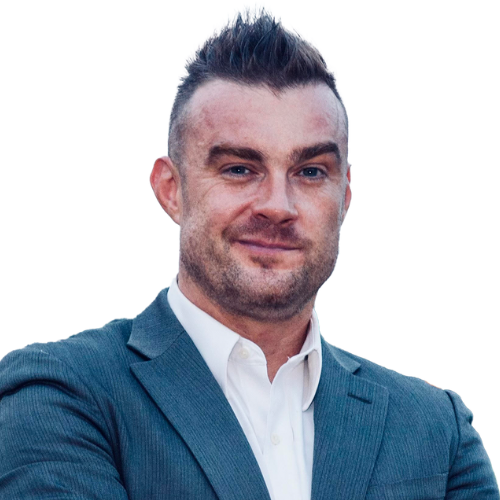 Aaron Rinehart
Co-Founder & CTO
Verica
Aaron Rinehart expands the possibilities of chaos engineering's applications to other safety-critical portions of the IT domain; notably, cybersecurity. He began pioneering the application of security in chaos engineering during his tenure as the chief security architect at the largest private health care company in the world, UnitedHealth Group (UHG). While at UHG, Rinehart released ChaoSlingr, one of the first open source software releases focused on using chaos engineering in cybersecurity to build more resilient systems. Rinehart recently founded a chaos engineering startup called Verica with Casey Rosenthal from Netflix and is a frequent author, consultant and speaker in the space. 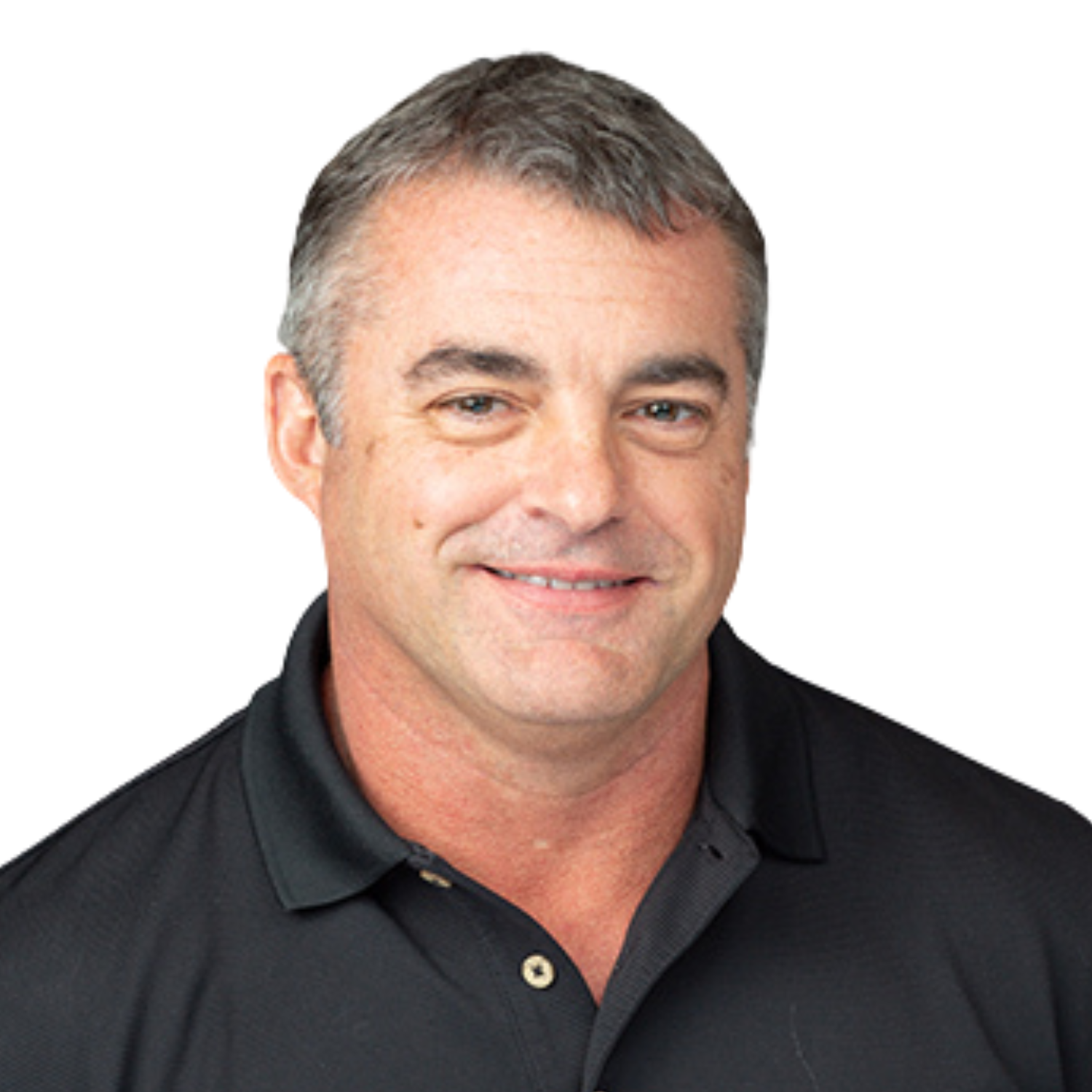 Bret Settle
Co-Founder and Chief Strategy Officer
ThreatX
Bret has served in multiple executive roles for Corporate Express/Staples and BMC Software. He has extensive knowledge of the software development and security product industries. Bret has been responsible for enterprise security in multiple roles and has been an innovator throughout his career. His proven track record of building and developing high performing organisations and dynamic cyber security teams helps ThreatX deliver AppSec services that meet enterprise needs. 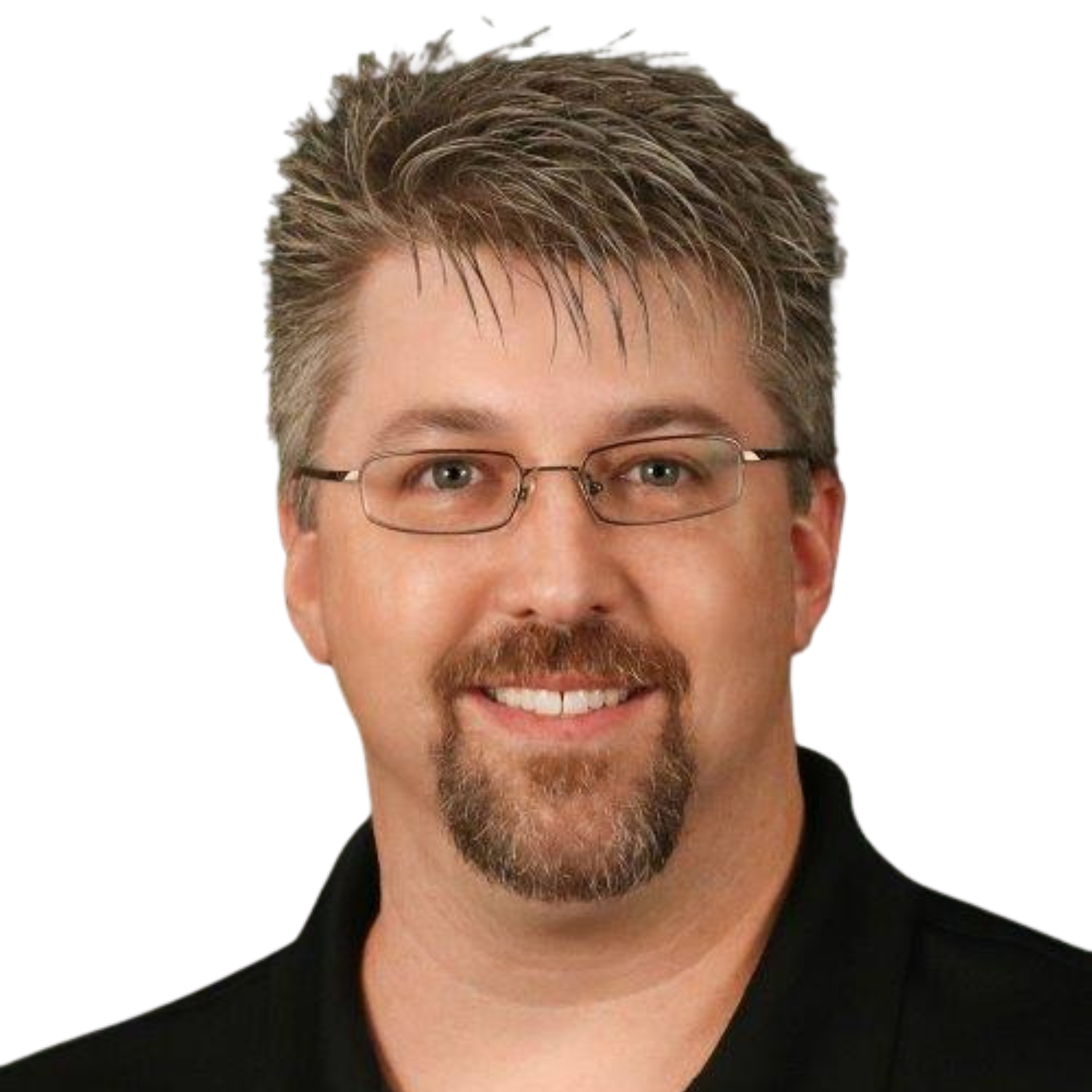 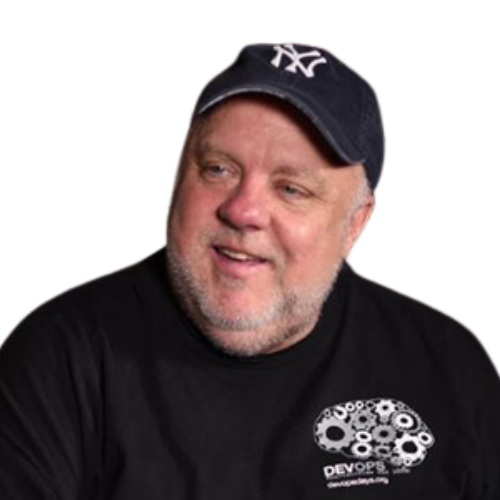 John Willis
Senior Director of the Global Transformation Office
Red Hat
John Willis was Senior Director of the Global Transformation Office at Red Hat. Prior to Red Hat, he was the Director of Ecosystem Development for Docker, which he joined after the company he co-founded (SocketPlane, which focused on SDN for containers) was acquired by Docker in February 2015. Before founding SocketPlane in the fall of 2014, John was the Chief DevOps Evangelist at Dell, which he joined following the Enstratius acquisition in May 2013. He has also held past executive roles at Chef and Canonical. John was one of the earliest cloud evangelists and is considered one of the founders of the DevOps movement. John is the author of seven IBM Redbooks. He is also the co-author of the “DevOps Handbook” and “Beyond the Phoenix Project” along with author Gene Kim. 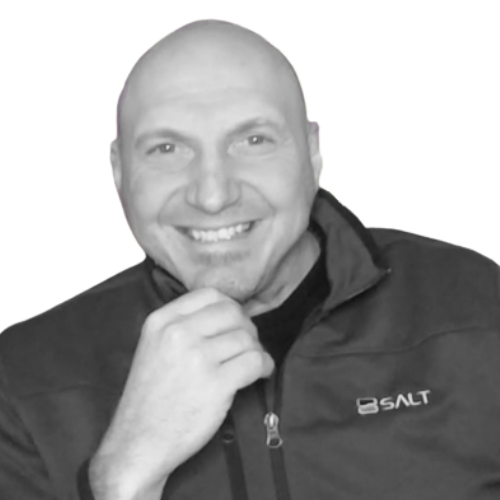 Nick Rago
Field CTO
Salt Security
Nick is a startup veteran and Internet technology entrepreneur with over 25 years of application development, testing and cybersecurity experience. He is recognized as an industry expert in API development, API management and API security. At Salt, Nick is helping guide and positively influence how organizations protect themselves from today’s emerging API security threats. Prior to joining Salt, Nick was an early contributor to the success of Kong, the world’s most widely used API management platform. During his years at Kong, Nick architected and implemented some of the
largest and most mission-critical API management and digital transformation projects (Monolith to Microservice) in North America. Prior to Kong, Nick worked in various roles for security companies such as MobileIron (mobile device, data and application security - IPO 2014) and Vontu (data loss prevention - acquired by Symantec) and previously founded his own internet software development company. Nick holds degrees in Mathematics and Computer Science. When not knee-deep in APIs, code, microservices, containers and other tech, you can find him up to his knees in snow, skiing throughout Maine, New Hampshire and Vermont. Nick and his family reside in New England in the Boston area.